After Oscar defeat at the hands of the Disney Empire, Netflix pushes us to the next level with “The Boss Baby: Back in Business.”

Once in a lifetime, a movie comes along that transcends film, transcends any medium, and becomes a part of our very beings. It touches us in a way we could have never imagined, forever altering our perceptions about the world around us, and perhaps most profoundly, about ourselves. This past year, “The Boss Baby” was that movie.

The Academy of Motion Picture Arts & Sciences quickly recognized the genius that had unfolded before them and nominated the film in the category of Best Animated Picture for the 2018 Oscars, only to see its full potential squashed under the heel of the ruthless Walt Disney Corporation, an entertainment empire that encompasses film, television, merchandising and The Muppets.

But “The Boss Baby” would not be held down. It knew it had a job to do, and Brandon Sawyer was just the man to do it. Picking up the shattered dreams of filmmaker Tom McGrath and book writer Marla Frazee, Sawyer was able to expand on the promise of the story when he struck a deal with Netflix to bring us “The Boss Baby: Back in Business.”

Back in the business of reshaping our preconceived notions of what it is to be successful in business and family, recasting our understanding of teamwork, expanding our compassion for those who perceive the world differently, and rebuilding our own sense of identity and worth.

In other words, “The Boss Baby” is back in the business of changing lives through important lessons that unfold in the subtext. Below are the 4 lessons learned from “The Boss Baby – back in business” and if you are a Forex trader you can apply these lessons to your business.

But for all his idiosyncracies, isn’t the Boss Baby all of us? Sure, he’s a baby who has impulse control issues and takes random “power naps” with no notice, but who among us hasn’t suffered from these urges.

The difference is that the Boss Baby isn’t ashamed of his baby side.
In fact, through the course of the movie, he comes to embrace this more id-driven side of himself and realize that it is through finding the balance of want and need that he can achieve true peace and happiness both at work and while making a mess all over the dinner table.

In the same way, BabyCorp could stand to learn the value of the balance Boss Baby has achieved by maintaining his family life with the Templetons while leading BabyCorp into the future.

The babies in the office have no families and no love to return home to after a long day at work; work is their whole lives. Just look at the bullying tendencies of Mega Fat CEO Baby. This is a cry for attention, a cry for love, a cry for help that goes unheeded in the cold world of corporate America, which is why the toys on his walker go forever untouched.

Work alone will never fulfill us. It’s so important to carve out time to spend with those who truly love us, and not just for our ability to bring an accounting spreadsheet in line or leverage a client for an increase in our profit margin.

Family loves us for being exactly who we are, and it’s the only place we can truly be ourselves, even if we sometimes throw up on them.

If we don’t make that time, we run the risk of losing our own innocence, just as Mega Fat CEO Baby has. If you are ready to start finding that balance in your trading then check this out!

This is a job that can’t be done by one baby alone, and especially when he is out on a family fun night.

What’s refreshing about Boss Baby’s recruitment philosophy is that he happily works with people from widely different backgrounds,
with varying skill sets and even varying intelligence levels.

Jimbo is an oversized baby with an undersized intellect, but a heart of gold and the loyalty of a cocker spaniel. He may not always do the job right, but he will remain a beacon of positivity. In the corporate world, Jimbo might be cast out, but Boss Baby knows that Jimbo has value just the way he is, even mounting a rescue mission to save him from a house full of cats.

The same goes for Staci, who is Boss Baby’s second-in-command despite having the worldview of a baby. Staci doesn’t have the full grasp of any situation that Boss Baby does, or even his older brother Tim, and yet she has the tenacity and spirit to make things happen. Her can-do attitude is a strength and an asset that Ted embraces as Staci makes things happen, even if it’s not always the thing they wanted to happen.

The same thing goes for The Triplets, who struggle to maintain focus but offer a creativity unmatched on the team. It was The Triplets who explored the idea that a clam might in fact be a banana during their research, which is a direction that most wouldn’t go.

That type of unorthodox thinking allows them to help him find solutions to problems Boss Baby might not see. And it’s that kind of open-mindedness and acceptance of people with all sorts of differences that allows Boss Baby to transcend his peers and find solutions to seemingly impossible problems like infiltrating a baby pageant to ensure the integrity of the proceedings.

You know ability to diversify will greatly help you in Forex trading.

Sure, Boss Baby has a grasp on business that far surpasses his brother Tim, but Tim understands family and the importance of play and belly burps and toys in a way that Boss Baby struggles with. And while he tried to close his mind to this impish behavior he felt was beneath his dignity, Boss Baby ultimately had to admit that being chased and having his belly kissed was a pretty worthy way to spend an afternoon, and a great way to refresh his energy and mind for the ongoing kitty crisis.

It’s more than just listening to opposing viewpoints and nodding along until they shut up so you can tell them again how you’re just going to cry at the top of your lungs until you get your way and ruin all their plans anyway. It’s truly hearing them and considering their viewpoint. After all, they are a thinking and reasoning person just as you are, so their thoughts are at least worthy of the same level of consideration. Then, if after honest evaluation, you decide they’re still an idiot, you can find a more respectful way to say it than bouncing a bottle off of their head. After all, they’re probably thinking the same of you, judging you the way a cat judges us all.

Many people are struggling through life right now because they refuse to be open minded. They feel all that need to be known is what they have known, however , there a lot to know. If you see yourself ready to learn, then click here

Forex trading has a lot of benefits and one of them is time. Time for yourself, for your loved ones, for your God, to do what you love to do when you want to do it and lot more… Wanna learn how to trade Forex market for a living? Then click here

How To Deal With Forex Trading Losses 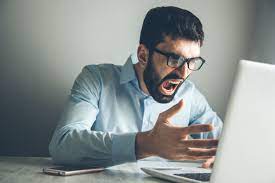 How To Deal With Forex Trading Losses